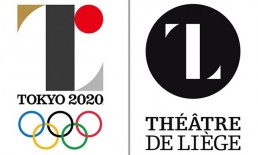 |In Branding
|By Diarmuid Scollard

Poor old Japan. They really can’t seem to get the hang of this Olympics organisation malarkey. A year behind construction schedules and facing all kinds of budgetary problems, the country were left facing yet another setback in their preparation campaign back in September as the official logo for Tokyo 2020 was placed under scrutiny. It’s a far cry from the glory days of 1964, with that year’s Tokyo Olympics represented by a simple, red, rising sun above five golden rings. That logo was designed by Yusaku Kamekura, and it was so simple (and yet effective) that you could almost argue it was un-copyrightable anyway.

If you’re halfway interested in design, there’s no doubt you will have heard all about the controversy that left the Olympics officials red-faced a couple of months ago. Kenjiro Sano’s logo creation for Tokyo 2020 was accused of infringing image copyright laws by a wide variety of prominent individuals in the design world, and Japan finally came to the conclusion that they needed to scrap the design and start afresh.

Olivier Debie was the main voice of opposition to the logo, with the Belgian designer claiming that it strongly resembled his design for the Theatre De Liege – a playhouse in his home country. A glance at both logos side by side reveals that he may have a legitimate grievance. Both designs incorporate the use of two right-angle triangles with a slightly curved longer side, with a rectangle sandwiched in between them. The main difference between the logos is the splash of gold and silver added by Sano, along with the red circle in the top right hand corner which is used to reflect the nation’s flag.

A Rethink From Japan

Now Japan are turning to the public in an attempt to find a logo that will provide their Olympics organisation with some much-needed spark and a complete rejuvenation. The competition was announced in late October, and anyone wishing to enter will have from the 24th of November until the 7th of December to submit their design for judging. A screening process will then commence, and the winner is all set to be announced at some point during the first quarter of 2016.

Designers are free to enter the competition with whatever ideas spring to mind, although the panel of judges will be looking to ensure that the creations meet a certain criteria. All logos must integrate the concept of world peace in some way, as well as the notion of “being the best you can be”. Furthermore, some sort of symbol that reflects the nation of Japan (or its capital city Tokyo) is, as you might expect, a necessity. Other elements that designers are encouraged to include are the themes of inclusivity, innovation and regeneration.

Anyone entering the competition must be over 18 years of age. The winning designer will be awarded with an invitation to attend the opening Olympic ceremonies completely free of charge, and will also have their name splashed all over the world as the designer of the official Tokyo 2020 Olympics logo.

Any cookies that may not be particularly necessary for the website to function and is used specifically to collect user personal data via analytics, ads, other embedded contents are termed as non-necessary cookies. It is mandatory to procure user consent prior to running these cookies on your website.